Tasos has worked at his family’s restaurants during his childhood years both in Greece and here in the United States—and he has gained diversified and solid experience from all aspects. After graduating from Loyola University Maryland, he played professional soccer for a short time and then entered the business world.

He worked in the financial industry for many years, which included trading, mortgage banking, and real estate, and prior to that, in software sales in the technology industry. Most recently, he was involved with his family’s contracting/HVAC business. Tasos is now also focusing on his role as the owner for My Deli & Café with the vision of offering the modern style concept of eateries in Greece throughout the Loudoun area. 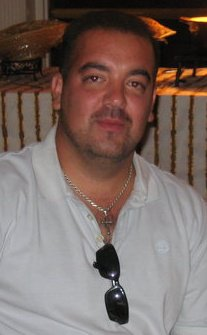 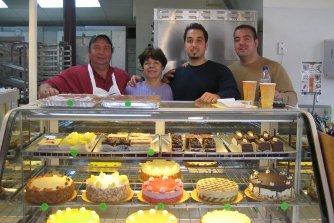 My Deli & Café may be a new establishment and a new concept but its opening has been more than 35 years in the making. The Vatikiotis family (pictured right: George, Vana, Stelios, and Tasos) has an inspiring history of experience within the restaurant business. They have opened restaurants located in Greece as well as America.

In 1974, George & Vana Vatikiotis’ first venture was Prima Pizzeria in Falls Church, VA. This is where they started perfecting combinations of ingredients to make delicious servings. They later opened up a popular restaurant in Herndon, VA, which had 160+ seats, and a few years after that, they opened up an eatery in Athens, Greece. Their location in Athens was in Monastiraki, near the popular street Ermou, across from the Acropolis.

They opened up their 4th establishment in Herndon again, about a decade later, upon their return. After settling in the U.S. for many years, the Vatikiotis family found great interest in the growth of Loudoun County and really admired the growing town of Purcellville, which is the economic hub of Western Loudoun. This is when the renovation of the “Old Theatre Centre” was initiated. The family completely renovated the building and turned it into a modernized two-story retail centre where My Deli & Café is now housed. 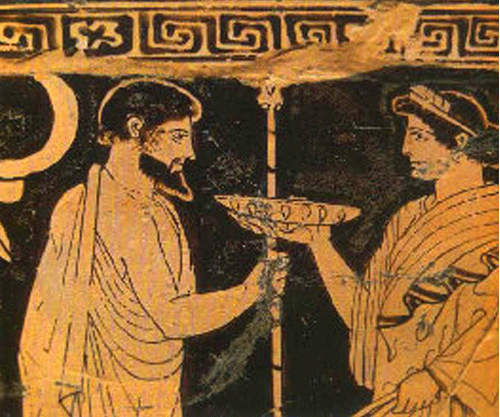